Why is HACCP Important?

HACCP is important because it prioritizes and controls potential hazards in food production. By controlling major food risks, such as microbiological, chemical and physical contaminants, the industry can better assure consumers that its products are as safe as good science and technology allows. By reducing foodborne hazards, public health protection is strengthened.

HACCP is not new. It was first used in the 1960s by the Pillsbury Company to produce the safest and highest quality food possible for astronauts in the space program. The National Academy of Sciences, National Advisory Committee for Mcirobiological Criteria for Foods, and the Codex Alimentarius have endorsed HACCP as the best process control system available today.

What are the Major Food Hazards?

While many public opinion studies report that consumers are concerned primarily about chemical residues, such as from pesticides and antibiotics, these hazards are nearly non-existent. The more significant hazards facing the food industry today are microbiological contaminants, such as Salmonella, E. coli O157:H7, Listeria, Campylobacter, and Clostridium botulinum. HACCP is designed to focus on and control the most significant hazards.

The Seven Principles of HACCP

HACCP Plans are prepared for each process or product, and identify possible hazards and controls in place to make sure the hazards are eliminated or controlled to ensure acceptable levels in the food product.  HACCP involves seven principles:

New challenges to the U.S. food supply have prompted FDA to consider adopting a HACCP-based food safety system on a wider basis. One of the most important challenges is the increasing number of new food pathogens. For example, between 1973 and 1988, bacteria not previously recognized as important causes of food-borne illness–such as Escherichia coli O157:H7 and Salmonella enteritidis–became more widespread. 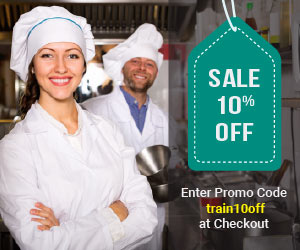